The book of Isaiah

14
Therefore the Lord himself will give you a sign: The virgin will conceive and give birth to a son, and will call him Immanuel.
15
He will be eating curds and honey when he knows enough to reject the wrong and choose the right,
22
And because of the abundance of the milk they give, there will be curds to eat. All who remain in the land will eat curds and honey.

15
Therefore in the east give glory to the Lord; exalt the name of the Lord, the God of Israel,
in the islands of the sea. (New International Version)

Isaiah’s Warning Foretelling the Collapse of a Country

In the 8th century B.C., the prophet Isaiah sent warnings to his brethren from Jerusalem, the capital of the kingdom of Judah, to ten tribes from Israel and two tribes from southern Judah states since they were on the verge of collapse. Isaiah’s thoughts are detailed in the book of Isaiah in the Old Testament. The first half of Isaiah, which consists of 66 chapters, up to chapter 24, verse 13, contains prophecies of bold judgment with various warnings against the backdrop of tense times.

During Isaiah’s career as a prophet, not only was the Northern Kingdom of Israel on the verge of an attack from the Assyrian Empire, but the kingdom of southern Judah was also on the verge of collapsing, and it was only a matter of time before the state fell. In the midst of daily fear of invasion, the Northern Kingdom was first attacked and defeated by the great Assyrian army, and the sense of crisis among the Israelites suddenly exploded against the backdrop of this intense political situation. Many who sought salvation from God must have wanted to flee the country as soon as possible before the nation was destroyed.

For that reason, Isaiah’s teachings, announcements, and guiding words, including his prophecies, have special significance for the Israelites.

Immanuel, the Glimmer of Hope Left in Israel 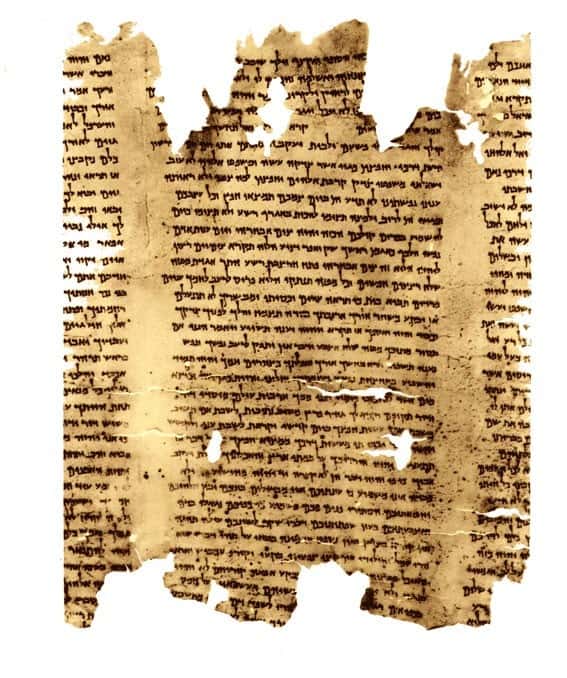 Dead Sea ScrollsThe book of Isaiah describes God’s judgment one after another, symbolized by the collapse of nations. However, we cannot overlook the fact that if we read in between the lines of these prophetic words of judgment, there are messages of hope and salvation. Passages found in Isaiah chapters 6 through 12 especially talk about the way to Israel’s salvation.

One day, Isaiah was deep in prayer when he received a sign of salvation from God that a son would be born whose name was to be called Immanuel (Isaiah 7:14). The name Immanuel means “God is with him.” Soon, per the words given to Isaiah, a boy was born to Isaiah and a female prophet. The prophecy of the birth of a boy with the Spirit of God can be found in the passage 8:18, the child was to become the symbol of “ Wonderful Counselor, Mighty God”, (9:6) and Isaiah realized that Israel would find the way to peace.

When Israel and the nations around were collapsing by the judgment of God, the prophet Isaiah not only guided, but testified that his children would be born and it would be crucial for the people of the nation to put trust in him. “Behold, I and the children whom the LORD hath given me are for signs and for wonders in Israel from the LORD of hosts, which dwelleth in mount Zion”. (8:18) The son of Isaiah who was called Immanuel, will not only punish evil and bring people to God, but he will also show the people of Israel the way to salvation with Isaiah and his children. As Isaiah said, “He will become the sign and the miracle of Israel.” The meaning of the name “Immanuel” was the conviction that there was a way of salvation and hope.

God’s Judgment and the Hope for Salvation

The boy named Immanuel, the symbol of Israel’s salvation who appeared to Isaiah while he was in prayer, was also given the nickname “Swift to the spoil, quick to the plunder” or “Maher-shalal-hash-baz”, alluding to the impending war and plundering (8:1). The name also symbolized the destruction of the state. True to his words, Damascus fell in 731 B.C., shortly after Isaiah’s prophecy, and nine years later, in 722 BC, the northern kingdom of Israel fell and became occupied by Assyria.

However, for the believers, “Maher-shalal-hash-baz” was a prophecy that not only foresaw the immediate collapse of Israel, but also predicted the crisis of the southern kingdom of Judah. Therefore, this phrase may have given hope to the believers to urgently find a way to salvation, and there would be a way to quickly escape the country in national crisis before the nation was destroyed by “plunder and capture.” The son of Isaiah, “Maher-shalal-hash-baz,” was the symbol for his people and since the Israelites were given God’s blessings, perhaps it was foreseen that “the people who walked in darkness saw a great light” (9:2) and rejoiced.

That symbol of salvation was Immanuel, the son of Isaiah, who was also called “Maher-shalal-hash-baz.” Because the Israelites were entrusted with the blessed son, the enemy nation charged into the Northern and Southern Kingdoms of Israel like a torrent. The believers only had a slim chance of escaping the country, but Immanuel was promised God’s protection. As the believers were left behind facing the imminent collapse of their country, a plan was presented to them by God for their salvation since the meaning of the name Immanuel means “His outstretched wings will fill every corner of the land” and “God is with us.” In this way, wherever the God of Immanuel led his people, they were saved and believed to have been given the power and authority to quickly conquer the East.

Isaiah Decides to Escape to the Islands in the Far East 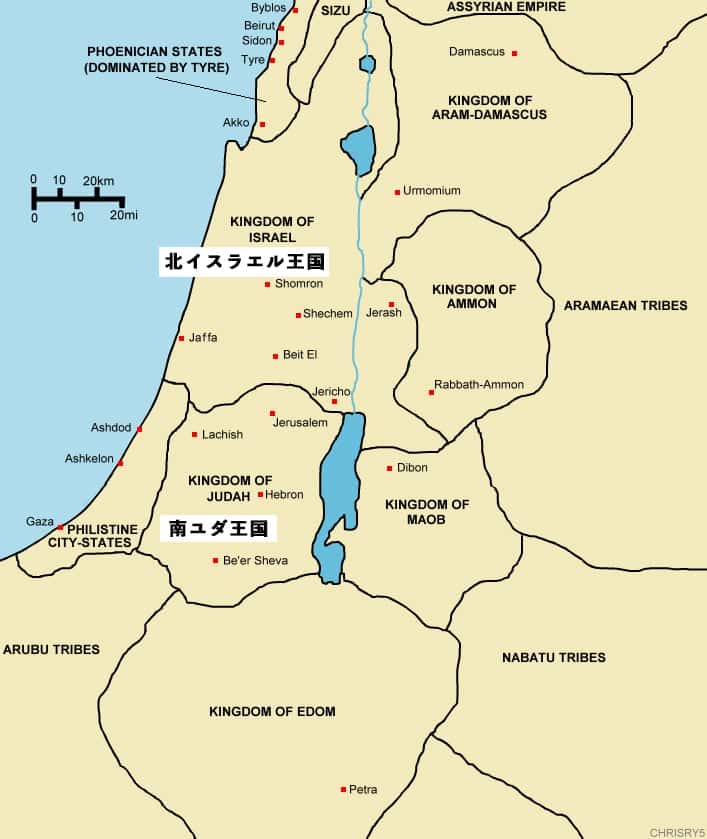 the Northern Kingdom of IsraelAfter the fall of the Northern Kingdom of Israel in 722 BC, the royal family appointed King Hezekiah in the Southern Kingdom of Judah after heeding advice from Isaiah, and religious reformation of the nation was underway. However, the hardened hearts of the people did not change, and Isaiah could see that the destruction of the nation was imminent even in the Southern Kingdom of Judah, which was full of idolatry. For this reason, Isaiah felt it was his fiduciary duty to save the Ark of the Covenant and other sacred treasures from foreign enemies during the upheaval and the imminent collapse of the nation. Furthermore, Isaiah was deeply moved and realized that he had to lead believers into the new world.

Isaiah always knew that one day he was going to leave Jerusalem. While the people of Southern Judah were also terrified, Isaiah, who was serving in the palace of Jerusalem, had a premonition while in prayer that there was a new world on the islands of the sea in the east of Asia (24:15). The fact that the book of Isaiah contains messages of hope and salvation cannot be overlooked. Furthermore, it is worth noting that the Book of Isaiah mentions islands many times, especially when it says, “in the eastern islands of the sea” and “holy mountains”, which hinted at the way to salvation. Israel is in Western Asia, which does not have any connection with an East Asian island nation. However, Isaiah prophesied that he would worship God on the islands in the Far East.

As a result, Isaiah constructed a plan to escape from Jerusalem together with the workers serving the temple, and the royal families He set sail to the islands in the Far East with the Ark of the Covenant, which is the symbol of the existence of God. Encouraged by the prophet Isaiah’s words, many believers followed Isaiah’s lead and left the country after the collapse of the Northern Kingdom of Israel which happened right before the destruction of the Southern Kingdom of Judah. Isaiah and his group of followers set sail for the new world and didn’t look back. It was then that Isaiah disappeared from the history of Israel.

“Praise God in the East in the islands of the sea, the name of God, the God of Israel!” Convinced that the voice of God was given to Isaiah (24:15), Isaiah continued his journey eastward along the southern coast of the East Asian continent. In his mind, there was always the thought that one day he would find the islands in the eastern sea. As the mountains towered over him, he would worship God and establish a new nation. Isaiah was determined to find the new heaven in the Far East with God leading the way. Isaiah and the believers who joined him set sail out on the ocean with the holy treasures and eventually they found the Japanese archipelago.